I wanted to share the excellent article on the status of common core in NY and other states. The implementation of this new curriculum has been far from smooth. Everyday there seems to be news of a state dropping out of testing consortiums they have initially gone with, parents and teachers protesting the new standards, states pulling back on their commitment to the new standards and more. It’s such a changing landscape, it’s almost impossible to keep up with. If you’d like to read this article at the NY Times website, CLICK HERE. I recommend that you take a look because it does a great job summarizing what has been taking place with these new standards across the country. If you are not sure about the latest with common core in your own state, just google “Common Core in [state name]” and the most recent news about the standards in your state will come up.

I know that many parents are against the new standards because they are harder and have been implemented in such a clumsy way in most places. I’ve been working with them to create practice questions for my other site, www.TestingMom.com. And yes, they are much harder. At the same time, I feel that once teachers begin to create and teach lessons to support the learning of these standards, kids will be better off in the end. The standards really emphasize thinking and analysis, which is so critical to success in school and life. They probably should have introduced these standards over a longer period of time, and not tested for them until the children had been taught a curriculum based on the standards for a year or two. Unfortunately, that isn’t what happened and now everyone has a bad taste in their mouths about common core. Still, it seems like it is here to stay. So it is important to understand what it is and how it will impact your child.

Common Core Curriculum Now Has Critics on the Left
By AL BAKERFEB. 16, 2014 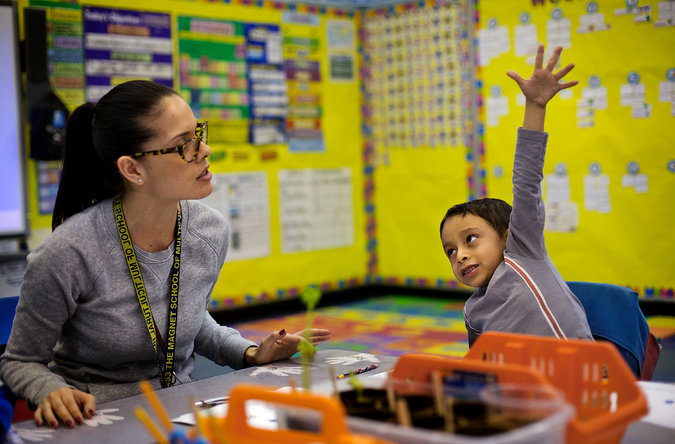 The Common Core has been applauded by education leaders and promoted by the Obama administration as a way to replace a hodgepodge of state standards with one set of rigorous learning goals. Though 45 states and the District of Columbia have signed on to them since 2010, resistance came quickly, mostly from right-leaning states, where some leaders and political action groups have protested what they see as a federal takeover of local classrooms.

But the newest chorus of complaints is coming from one of the most liberal states, and one of the earliest champions of the standards: New York. And that is causing supporters of the Common Core to shudder.

“We see kids,” she said, “they don’t want to go to school anymore.”

Leaders of both parties in the New York Legislature want to rethink how the state uses the Common Core.

“There are days I think, ‘Oh my God, we have to slow this thing down, there are so many problems,’ ” said Catherine T. Nolan, a Queens Democrat who is chairwoman of the State Assembly Education Committee.

The objections in New York have become so loud, and have come from such a wide political spectrum, that even the governor, Andrew M. Cuomo, a Democrat, has become a critic. Governor Cuomo has called the state’s execution of the standards “flawed” and appointed a panel to recommend changes.

Republicans are seeking to turn the broad discontent into a liability for him; Rob Astorino, the executive of Westchester County who is considering a run for governor, said of Mr. Cuomo, “He has pushed it from the beginning, and now he is trying to push it off on someone else.”

Common Core advocates like Michael J. Petrilli, executive vice president at the Thomas B. Fordham Institute, an education policy group, have been taken aback. “It’s bizarre,” he said. “New York is in some interesting company, right up with the reddest of the red states. And you worry that there will be bleed-over from New York to other states.”

Few in New York are calling for abandoning the standards. And state officials have not backed out of a national consortium developing exams based on the standards, as their counterparts in states like Georgia and Oklahoma have. No state that adopted the standards has gone so far as to withdraw from them.

The loudest of the complaints is based on New York’s decision not to wait for those new Common Core exams, which are expected to make their debut in 2015, but to begin testing students on the new standards last year. Teachers said they had not been fully trained in the new curriculums, and had not received new textbooks and teaching materials; many still did not have them in the fall. As the tests changed, the scores plummeted: Less than a third of the state’s students passed.

In Albany, leaders of both houses of the Legislature called this month for a two-year moratorium on the use of Common Core test scores in teacher evaluations and in decisions about student promotions or admissions. The state teachers’ union has asked for a three-year pause. The state Board of Regents, which oversees education policy and is appointed by the Legislature, has already voted to delay by five years the date by which all high school graduates must pass Common Core-aligned Regents exams.

The state education commissioner, John B. King, Jr., who reports to the Board of Regents, conceded there was an “uneven” rollout of the standards. Looking back, he said recently, “we could have prioritized parent engagement, and helping parents understand what the Common Core is, and is not.”

Yet he staunchly defended the effort, saying Massachusetts went through the same pains two decades ago after it adopted new standards, and now consistently scores as high as the top countries do on international measures.

Dr. King was booed and shouted down as he made similar arguments at public forums he held around New York in the fall. They grew so testy at one point that he called the remaining forums off before scheduling new ones.

The Obama administration encouraged states to adopt the Common Core as part of the Race to the Top grant competition, but it is not a federal mandate. Arne Duncan, the federal education secretary, declined to comment on what was happening in New York. But in November, Mr. Duncan attributed some of the unrest nationally to “white suburban moms” who discovered that “all of a sudden, their child isn’t as brilliant as they thought they were and their school isn’t quite as good as they thought.” (He quickly apologized.)

The Common Core grew out of a concern that the 2001 No Child Left Behind law had lowered the bar on what students should learn, since the law required improvement in test scores but left it up to states to write their own tests. It sets out a sequence of skills, or “competencies,” for students to master. Whether it is through tackling math problems or analyzing text, the Common Core encourages students to show evidence for their solutions and articulate how they think, with the overall goal of promoting more critical thinking at earlier ages. Districts and schools choose curriculums that meet those standards.

Recently, at Public School 253 in Brooklyn, Myra Wenger applied her new curriculum in a lesson on ancient Athens, asking her second graders why the city adopted Athena, not Poseidon, in naming itself. A pupil, Daniel Gornak, 8, answered, “Because Athena gave more uses than Poseidon did, and more healthy things for Athenians,” and Ms. Wenger lauded his methods in consulting his marble notebook for the facts.

In another room, a group of first graders sat on a mat, eagerly raising their hands to explain similarities between farming in ancient Mesopotamia and ancient Egypt.

“And, and, and,” she continued, searching for another answer, “they didn’t have, so they made canals.”

The school chose one of the country’s most popular Common Core curriculums, called Core Knowledge. It is based on the ideas of E. D. Hirsch Jr., whose 1987 book, “Cultural Literacy: What Every American Needs to Know,” argued that mastery of a common set of facts was critical to learning.

Beyond the testing difficulties, one of the criticisms of the Common Core, in New York and elsewhere, is that it can be too demanding for young grades. Diane Ravitch, an educational historian, has said that very little of what is taught to first graders about ancient civilizations will stick with them; Mr. Hirsch and other defenders of the Common Core say children in early grades need lessons in history, civics, science and literature to build vocabularies and thrive.

In interviews with a range of teachers in New York City, most said their students were doing higher-quality work than they had ever seen, and were talking aloud more often. But it has not come without sweat. Homework is more complex and takes longer, several said, and in some cases is frustrating parents.

Teachers also said that pupils who were already struggling, particularly those who speak limited English, were facing greater challenges. Nonnative speakers are having a harder time in math because the new curriculums require greater use of word problems.

At a recent study group for teachers at P.S. 36 in the Bronx, Kathleen Rusiecki, who teaches first-grade special education, described one task in her curriculum: Draw a picture of the word nobody.

“It doesn’t even make sense,” she said.

Ms. Burris, who leads South Side High School in Rockville Centre, and was named the state’s 2013 high school principal of the year, said the Common Core required children to grapple with topics in mathematics that are in many cases taught a year earlier than before and “in a more difficult way.”

“I fear that they are creating a generation of young students who are learning to hate mathematics,” she said.

All the pushback in New York is “not optimal” for the shift to higher standards, said Chester E. Finn Jr., a former assistant education secretary and now senior fellow at the Hoover Institution at Stanford. But he said he thought the Common Core would survive.

“It is a drag and it will slow things down a little bit,” he said, “but it is not a mortal wound.”