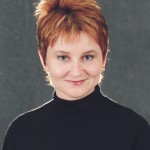 Karen Quinn began writing at the age of 45, after being fired from her Corporate job and then starting a business helping Manhattan families get their children into the most in-demand private and public nursery schools and kindergartens.  Her first novel, The Ivy Chronicles, was a satire based on that experience.  She has since gone on to write Wife in the Fast Lane, Holly Would Dream, and The Sister Diaries.  Her fifth book is Testing for Kindergarten, which guides parents on working with their children at home to build the 7 types of intelligences kids need to do well on IQ tests and at kindergarten.  Two of Karen’s novels have been optioned as movies, and she is hopeful that they will actually get made some day.  Her web sites are www.testingforkindergarten.com and www.karenquinn.net. 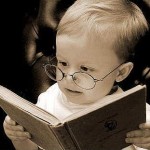 1. In Testing For Kindergarten, you tell parents exactly what is on those IQ tests children have to take for kindergarten admissions and how to get their kids ready for those tests.   Are you advising parents to prep kids barely out of diapers for kindergarten testing?  How can this possibly be a good thing for parents or children?

2. You say there are 7 abilities children need to be successful on IQ tests and in school. What are they and why do they matter so much?

4.  Don’t you think prepping children for kindergarten testing puts too much pressure on parents and children?

5. This book seems great for parents in cities like Manhattan, L.A., and Washington, DC where school admissions are competitive.  But what about parents in San Antonio, Texas, where most kids just go to the local public school.  Should they be concerned about whether their kids would do well on these tests?

6.  What do children have to know to ace an IQ test?

7. Let’s just pick one of the abilities children need for IQ testing – visual-spatial skills.  Why does this even matter?

8.  So what can parents do with their children at home to build visual-spatial skills?

9. Psychologists and Educators have gone to great lengths to keep the questions on IQ tests a big secret.  Are they upset with you for going public with all this information?

10. How important is an IQ for school success?

11. What advice do you have for parents of little kids who will be taking an IQ test in the next year or so?

13.  Are there qualities that are more important than intelligence in predicting whether or not a child will be successful in life?

14.  What advice can you give parents who want to get their child into a gifted and talented program?

15. What advice do you have for parents who want to get their child into a competitive private school? 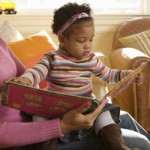